What Distro of Linux is Best? 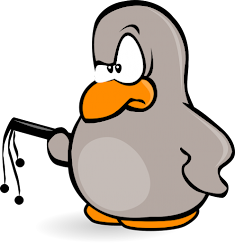 Which distro of Linux is best?  That really is a loaded question.  Really whenever you  ask people what is the best of anything you will find there are often two or three things vying for the best. It use to be people would argue if Ford or Chevy was better.  Now maybe it is Nissan and Hyundai, or Lexus and Mercedes. Heck, pick any two auto manufacturers and there will probably be some number of people that will argue one or the other makes the best cars. Truthfully, it often comes down to preferences, lifestyle, how the car is being used, and ones personal experience.

My father would not buy a Ford.  He actually bought a Ford once.  He lived in Detroit at the time and watched it being assembled on the assembly line, which he said was a great experience.  One day when he was coming home from work the brakes failed as he was pulling into his driveway and the car went through a fence into his backyard. Fortunately no one was hurt. Brakes can fail on any car, and I am not sure if his brake problems was caused by defective manufacturing or by just bad luck, but he never bought another Ford after that. There may have been other problems with it that added to his experience of the car, but his negative experience of the company stuck with him. I owned a Ford Taurus once and I thought it was really a great car, but they stopped making Taurus' until recently, so my next car was a Kia.  So much for brand loyalty.

"A lot of what you hear about Linux distros could be just someone's opinion based on good or bad experiences that they had."

A lot of what you hear about Linux distros could be just someone's opinion based on good or bad experiences that they had.  It might be the way they use Linux is different than you.  It might be they had a bit of bad luck.  It might be they have fond memories of the time they first used it that might have more to do with who they were with or where they were working. The truth is all Linux distros are using the same OS kernel which is basically the engine of an operating system.  Distros are made up of the kernel that is packaged with various applications, utilities, updaters, installers, and desktop environments. If you were really torn between two distros, you could actually install one distro and add applications and even the desktop environment from the other distro and basically come up with your own hybrid of the two.  You could even make your own distro if you wanted to.

I use to hate Debian..

I remember years ago when I was running mainly Windows servers, I would hobble together Linux servers out of old and new servers for particular purposes and run open source software on them.  A lot of times I would use a Linux server for a proof of concept for a project or to do a special project where there was no money to buy expensive server software. At the time distros were a bit more finicky with different hardware, and it was often harder to tell and less likely that a certain distro would work or work will with a particular pc or server.  Since I was running server software and the graphic interface was not as important to me as the command line was, what distro of Linux that was used was not as important to me, so I would download different distros and burn them on CDs and whatever distro installed on  the hardware without issues, I would use.  A lot of times I was able to use the same distro, but if I had to change for one reason or another it did not matter much. If I was using Linux as a primary production server, I would be more concerned with consistency of hardware and distros to make sure things were easier to manage over time, but the cool thing about Linux is you can often make old cheap hardware do things you did not think was possible. If you haven't taken an old PC or laptop and tried to resurrect it by finding a Linux distro that was lean enough and easy enough to breath life back into it, then you have really missed a lot of fun. You might consider giving it a try if you have some time.

I started my Unix journey on a Sun Microsystems servers running SunOS and Solaris and using RISC processors. It was just before the Internet and Linux went mainstream and most systems administrators working with Unix wanted to be able to run some flavor of Unix on an affordable machine at home so they could use it to tinker with and learn things when they were at home. For many the only way to do that was to log into a Unix server via a modem and run commands and write scripts with a terminal. The joy of working on a terminal with a modem and scripting was that you never knew if telephone line noise was going to introduce some random characters into the script or text file you were writing.

Linux is not Unix

Linux is technically not Unix, but a lot of the applications and utilities that were written for Unix were ported to Linux and the command lines have many of the same commands. X Windows originated on Unix systems. Linux is a Unix-like operating system if you want to be exact. If you ever used one of the original favors of Unix or Unix derived systems, you probably pretty much think of Linux as Unix, or Linux as the modern version of Unix.  If you have an old book on Unix commands, most of the major commands will probably work on Linux.

So what is the best distro of Linux?  The answer is probably whatever one works best for you.  I would probably recommend MX Linux, Linux Mint, or Ubuntu as a worthy starting point if you are starting out or have some knowledge and just want a distro to help you learn more about Linux. If you have an old laptop and want a version of Linux that is lean and will run Microsoft Office apps from the Web kind of like a Chromebook, then I would probably recommend Peppermint Linux.